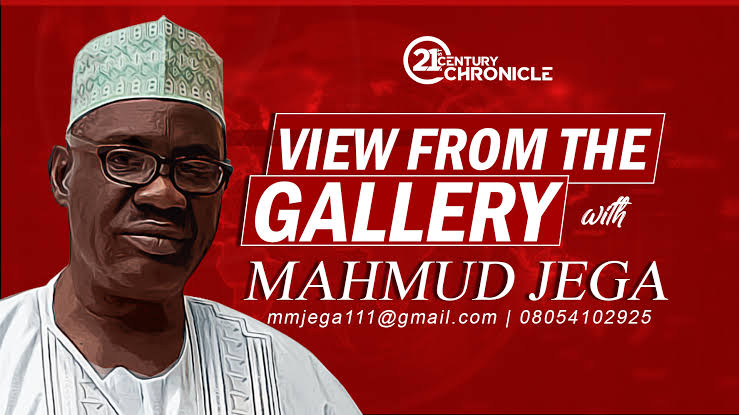 Listening last week to the anguished cries of leaders of the Gobir Community Development Association [GCDA] over the fate that has befallen their land, I could not help but wonder how an area that was pre-colonial Hausaland’s most powerful, most militaristic kingdom is now at the mercy of an itinerant bandit.

This area that existed for 800 years as the mighty city-state of Gobir was incorporated into the Sokoto Caliphate with the death of Sarkin Gobir Yunfa and the fall of its capital city, Alkalawa in 1808. The British seized sovereignty over the area in 1903 and incorporated it into Nigeria, while the French seized its northern fringes and built it into Niger Republic. Within Nigeria, the old Gobir Kingdom is now split between Sokoto and Zamfara states. Within the two states, it was divided into several LGAs and traditional domains which rule over its people.

Or at least, they used to. Within this year a bandit king has risen to become the de facto ruler of this great old region. GCDA’s chairman Ibrahim Alhassan says bandit Bello Turji has seized sovereign authority from Federal, state and local governments, Sokoto Sultanate, Shinkafi Emirate in Zamfara State and all the district and village heads under them.

GCDA chairman’s open letter to President Buhari last week said Sabon Birni, Goronyo and Isa LGAs in Sokoto State and Shinkafi LGA in Zamfara State are now under Turji’s firm control. He kidnaps and rapes at will. He blocks roads, sacks markets, seizes food and any material he fancies, and kills anyone who resists. He sacks village heads and appoints his own village heads. He levies taxes on communities. If any village fails to pay the levies, Bello Turji visits it with instant and merciless attack, kills anyone he can find, including women and children.

Among the villages that Turji sacked were Gajit, Lajinge, Tarah, Unguwar Lalle, Kurawa, Gangara and Garin Idi. A month earlier, Bello Turji sacked Garki village, five kilometers from Sabon Birni, and killed 80 people in one night. On Tuesday last week, this bandit carried out one of his most heinous acts yet. His goons stopped a bus that left Sabon Birni for Gusau, set it ablaze and burnt 23 people alive. His men stood guard around the bus while people were roasted.

Under Bello Turji’s rule, GCDA said “there is no farming, no traveling and no markets” in the region. Its chairman added that “The biggest problem we are facing today is that you are in your house and terrorists come and abuse you in front of your family. And all the communities that I told you about are taxed, and they have paid. But even though they have paid, they have not found peace.”

When Sokoto State Governor Aminu Waziri Tambuwal received a fact-finding team of Federal security and intelligence chiefs led by National Security Adviser Major General Babagana Monguno in Sokoto last Friday, he confirmed that part of his constitutional mandate to rule over Sokoto State has been ceded to Bello Turji. Tambuwal said “parts of this state are in the appalling grip of bandits and kidnappers, marauding and scaring the populace in recent times.” He said attacks and kidnappings now take place “in broad daylight in some parts of Isa, Sabon Birni, Tangaza, Illela and several other local government areas.” GCDA apparently spoke only about its own area of concern, Gobir, but other non-Gobir areas are under the bandits’ boots as well.

The brutal rule of Bello Turji suddenly calls for a reevaluation of the history of old Gobir Kingdom. It recasts 17th Century Gobir kings in a new, favourable light. As primary school pupils in the old North Western State, we reached our conclusions regarding the nature of old Gobir kings from the letter that Sheikh Usman Danfodio wrote to Sarkin Gobir Bawa Jan Gwarzo in 1788. Shehu complained of “oppression” and high taxes levied on peasants. Sarki Bawa suddenly looks like a very benevolent king with the benefit of hindsight. Gobir peasants might be saying these days that if this is what Nigeria has to offer, bring back Bawa Jan Gwarzo, Nafata and Yunfa.

Even though parts of Sokoto State have suffered from bandit attacks for some years now, Governor Aminu Tambuwal told the Federal delegation on Friday that “this situation is exacerbated by the influx of bandits and criminals displaced by the defective maneuvers of security personnel deployed under Operation Hadarin Daji in neighboring Zamfara State.” Operation Hadarin Daji, he said, “was carried out without any blocking force around Sokoto State.”

Or for that matter, any other neighbouring state because as we can all see, the center of gravity of bandit terrorism in Nigeria has been shifting under military/security pressure from Zamfara to western Katsina to Birnin Gwari area of Kaduna State to southern Kaduna State to Abuja-Kaduna highway to Shiroro/Rafi areas of Niger State, to Zuru region of Kebbi State and up into northern Sokoto State and western Zamfara State and back. Chase them from this region, and they promptly slip into the neighbouring one, since the forests are contiguous.

Nor was Bello Turji the first bandit kingpin to seize a slice of Nigeria and run it as his fief. Until a few years ago, the top notch bandit in Zamfara State was Buharin Daji, i.e. Buhari of the Forest. His name implied that President Buhari’s rule ends in the urban areas whereas he ruled over the countryside. Buharin Daji was killed in a gang fight by his top lieutenant Dogo Gide, the man who appeared on a video clip and claimed “credit” for the kidnap of over 100 Federal Government Girls College, Birnin Yauri students and teachers. Local communities in the region also identify Ado Aleiro and Dankarami, along with Bello Turji, as the bandit kings that reign in their areas.

Ideally, bandits and terrorists in the entire region should be simultaneously wiped out in a concerted military and security operation to prevent them from seeping into other areas. Apparently, the military and security forces lack the manpower to do this. For now, top priority should be to end the reign of Bello Turji in northern Sokoto and western Zamfara states. I suspect that three army battalions advancing from the west, east and south can do it. The area isn’t all that big. It is open Sahelian with sparse tree cover and sparse vegetation, especially during the dry season. There should be enough blocking action to prevent him and his gangs from seeping out into another region. They might head north into Niger Republic. I hope they do, because the rough-and ready Nigerien gendarmes are up to the task.

The last major battle in this region took place 185 years ago. At that Battle of Gawakuke in 1836, Caliph Muhammadu Bello assembled and personally led an allied force that, in one day, crushed a large rebel army using horses, spears, swords, bows and arrows. We expect to see very soon a Nigerian Army General, at the head of a force of tanks, APCs, machine guns, helicopters and Super Tucanos speaking to Bello Turji in the language he understands. 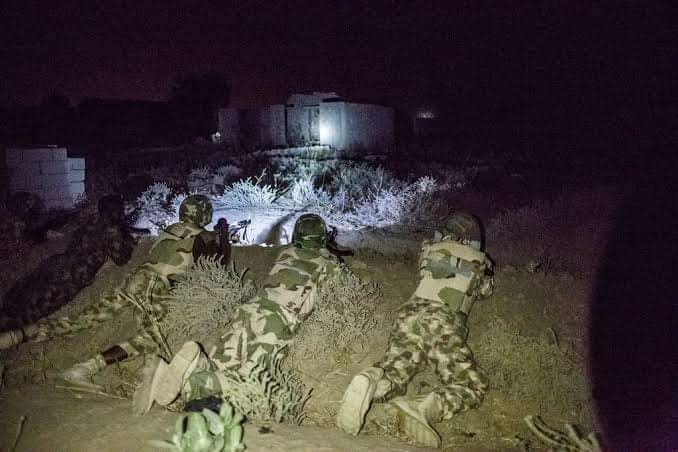 Thank you soldier by Yunusa Bunu 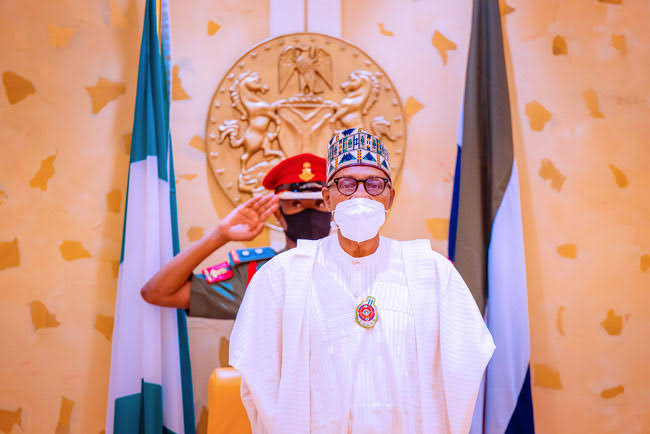 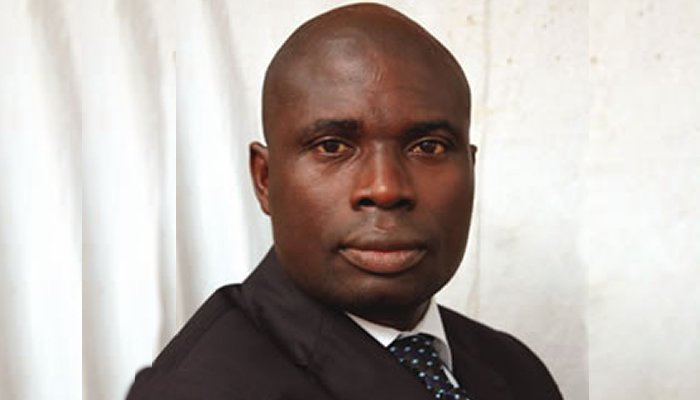 The things I saw in Kafanchan, Southern Kaduna (1) 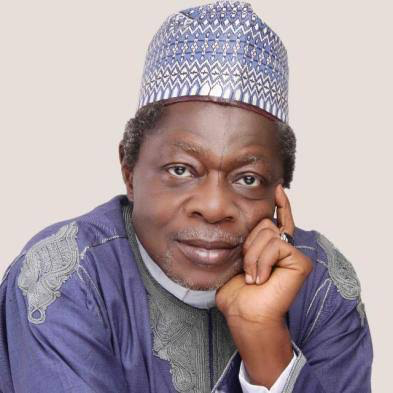 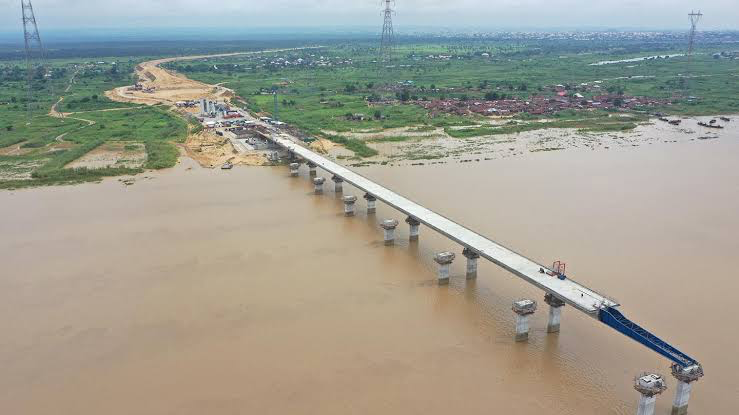