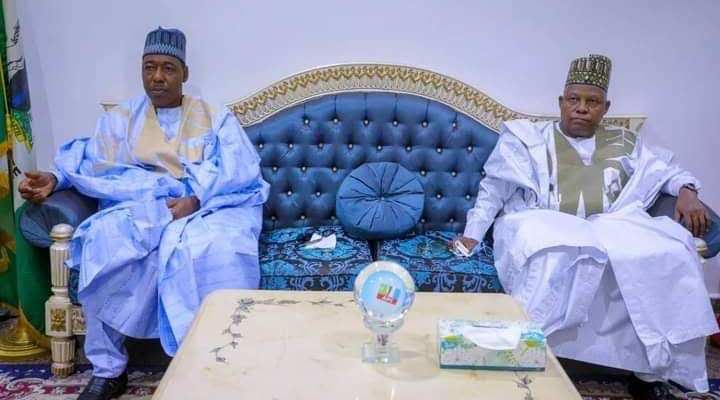 It is an uncommon practice in Nigerian politics to see a predecessor – a former governor – represent his successor – the present governor – at a function. While it is a rare occurrence in our polity today, it is normal practice with Senator Kashim Shettima (APC, Borno Central) because he is humility-personified.

The humility of the immediate past governor of Borno state is out-of-this-world. His deep understanding of governance, philosophy and life in general must be the reason his life trajectory has been shaped to perfection, moving from a remarkable career in the banking sector to an excellent one in public service from where he has not looked back since serving as commissioner in the state.

But we cannot afford to focus only on Shettima. Aside the fact that it takes two to do that Argentine dance called Tango, heaping all the praises on Shettima alone for the excellent relationship he has with his successor, Governor Babagana Zulum, would expose a lack of understanding of the Law of Attraction which says that similar things are attracted to each other and that people tend to attract people who are similar to them. Zulum is therefore that successor who doesn disrespect his predecessor, who carries the stakeholders along without breaking the rules or violating his own high principles.

It is therefore very difficult for a predecessor not to be proud of such a successor except of course such predecessors are the self-centred ones who put narrow interests, pride and ego above the common good, which is the situation we have in other parts of the country. Borno state is indeed very lucky to have the duo of Shettima and Zulum. The two gentlemen are equally fortunate to have each other.

Recently, Senator Shettima shocked a few Nigerians who are not yet familiar with his selfless politics when he wrote this on social media: “This evening, I was in Sokoto on behalf of my leader and boss, Governor Babagana Umara Zulum, to condole with the family of Late Hassan Danbaba (Magajin Garin Sokoto) who died on Saturday. The deceased was a distinguished traditional ruler, a true political leader, and a bridge-builder. Our condolences to the immediate family, the Sultanate Council, the people, and the government of Sokoto state. May Allah forgive his soul and admit him into Al-Jannatul Firdaus.”

People of Borno state and other Nigerians who know Shettima’s antecedents did not express any surprise at all. True to type, Shettima doesn’t hesitate to submit his loyalty to, and give enormous respect to his successor. Effortlessly, he publicly calls Governor Zulum “my leader.”

A very sound, well-read philosopher-statesman, Shettima understands the dynamics, undercurrents and trappings of power and he knows when and how to defer to the New Sheriff in town so that both him and the people of the state can have peace. Borno state people have suffered enough in the hands of the dreaded Boko Haram sect and are only just experiencing gradual peace now, so it would have been awful for them to have to deal with the drama, clashes and violence that are often the consequences of selfish political imbroglio. Actually, if all other Nigerian politicians were like Shettima, a lot of states would have been at peace now.

Shettima bared it all on his relationship with Governor Zulum in a recent interview with journalists when he said: “Our relationship is directly related to our commitment to the service of our people and country. I had the privilege to serve as governor for eight years. And we had a determination that our successor must be a better and more qualified individual. Our state was very lucky to find such a person in Professor Zulum. Allah made the recruitment of a successor. Borno state got it right with him. I think that is the “magic,” to use your word.”

On why other so-called godfathers in other states don’t seem to find peace with their so-called godsons, he said: “The battle of wits between an overbearing, exiting leader and his successor commences right during the transition period, becomes a cold war during the first year, and explodes into full-scale political warfare in the second year. If I were to apportion blame, 75 percent of the blame should go to the predecessor and 25 percent to the successor. Charlatans will always try to create discord because, without one, their source of livelihood dries up. When Governor Zulum called the bluff of some political jobbers, guess the modus operandi they resorted to? Lavishing praises on me to curry favours from him.”

On how he diligently conducted a robust search for a successor, luckily struck gold by finding Professor Zulum and expertly groomed him for the task ahead, Shettima continued: “From May 29, 2015, when I was sworn-in into office for the second term as the governor of Borno state, I initiated my search for a successor, and by September 2016, I started narrowing down my list, purely based on performance. By December 2017, I had a potential successor in mind. I was only waiting for how to actualize it. The day Professor Zulum became the candidate of the APC in October 2018, I no longer thought of myself as governor of Borno. I began to involve him in most decisions I was taking and I increased his involvement when he became governor-elect. Many times, if I asked him to take decisions, he would insist I was still the governor and I would also insist he was to be affected by any decision, so he needed to be part of it.

“In essence, it is about recognizing that times are different, and as the Americans would say, know when there is a New Sheriff in town. Charles Darwin once said that it is not the strongest of the species that survive nor the most intelligent, but the one most responsive to change.’ The only thing permanent about life is change and every sensible person has to come to terms with the changing fortunes of time.”

There is no doubting the fact that the Shettima and Zulum bond is a union made in heaven for the good of Borno state. The way the two gentlemen are able to navigate the pitfalls of power and avoid the banana peels of ambitious, self-seeking aides, has to be a textbook reference for future students of politics, governance and history. The way they are both complementing each other in providing qualitative, people-oriented, responsive and compassionate leadership to the state, has to be properly documented for posterity. 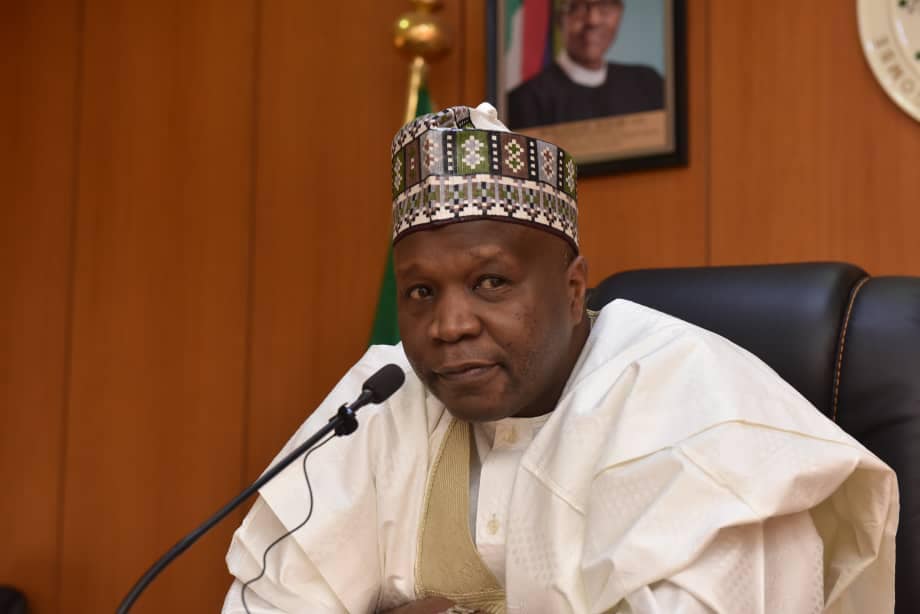 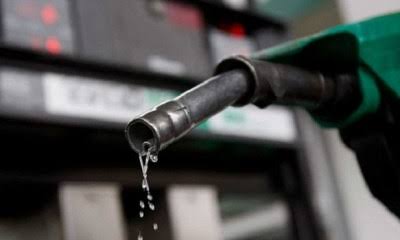 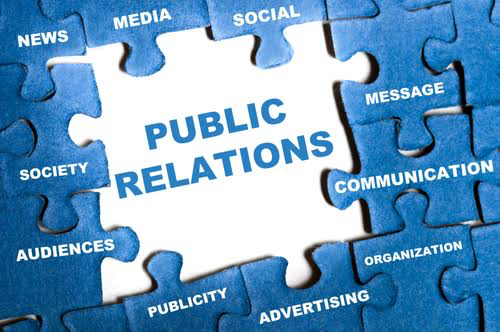 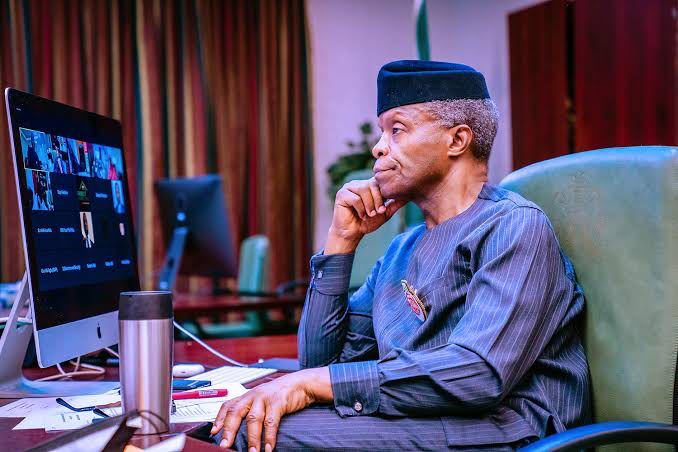 2023: No votes for Pastor Osinbajo, but Kperogi was wrong and Nigeria must learn to survive only the right way! by Ibraheem A. Waziri 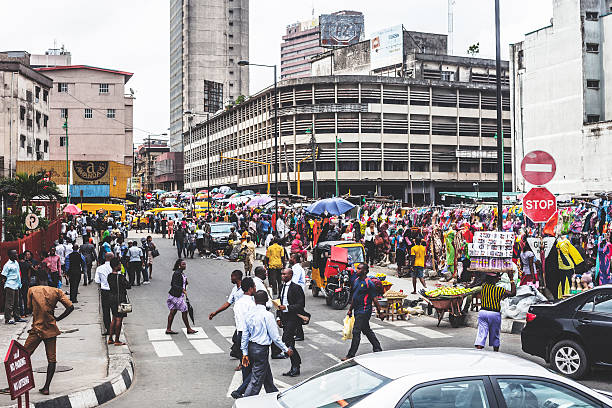