Mr Ekewen David, a drug-resistant tuberculosis survivor who battled with the disease for nine years, said there were both human and public health costs in not shifting to a safe, shorter all-oral regimen for treating drug-resistant Tuberculosis (DR-TB) in Nigeria, like other countries.

David added that surviving drug-resistant tuberculosis was a tiny line between life and death. “The treatment is long and toxic and with extreme side effects from losing eyesight, your hearing, to nausea, vertigo, neuropathy and numerous mental health issues.”

He said what the country needs is a clear strategy and the position of all relevant stakeholders in the fight against TB on shorter all-oral regimens for drug resistance TB patients across the country.

“DR-TB patients like me endure long, toxic and complicated regimens; the anxiety of potentially transmitting the disease to loved ones; and the loss of income because of illness, isolation, and stigma. Beyond the impact on myself, my life, and community, DR-TB poses a significant global health security threat.

“It wreaked havoc on my economy. I lost my job and my wife, due to high treatment costs and the strain the disease put on me. At a point, health workers will get tired of you; you become a problem to everyone around you. I know persons we suffered this together are no more,” he narrated.

David said that this was why the Nigerian government needs to drive progress, noting that consistent efforts are needed to ensure the development and rapid uptake of improved diagnostic methods, treatment regimens, and person-centered service-delivery model in the country.

“We need informed decisions and clear access strategies with safeguards in place. Access, pricing, and availability to all, including the private sector, are critical,” he urged.

According to the National Tuberculosis, Buruli Ulcer, and Leprosy Control Program (NTBLCP), Nigeria is among the 30 high burden countries for Tuberculosis, TB/HIV, and multidrug-resistant tuberculosis (MDR-TB). Ranked sixth among the 30 high TB burden countries globally, and first in Africa, Nigeria accounts for 11 per cent of the global gap between TB incidence and notified cases. Out of 452,000 estimated new TB cases in the country in 2020, only 138,591 were notified to the NTBLCP with 30 per cent treatment coverage.

Nigeria, however, recorded a 50 per cent increase in TB notification from 138,591 TB cases in 2020 to 207,785 TB cases in 2021. Also, about six per cent of all forms of notified TB cases in 2021 were children aged less than 15 years. Of an estimated 21,000 DR-TB cases recorded in 2020, only 2,061, which represent 10 per cent, were diagnosed and 72 per cent of them enrolled in second-line treatment. The Directly Observed Therapy (DOTs) clinic is only available in 44 per cent of health facilities in Nigeria, and only nine per cent of them had TB diagnostic services.

An estimated 18 people per hour die of TB-related disease in the country, that is 432 every day and over 156,000 every year. It has been said that “achieving the reduction in TB incidence rate for the attainment of the 90-90-90 target of the End TB strategy will be a mirage if something drastic is not done.” The incidence rate is the number of new cases of TB in a population in a given period, which is usually a year.

Response to the coronavirus pandemic in the country notwithstanding, data indicate that there was an increase in annual TB case notification due to strategic intervention by the NTBLCP, in collaboration with the World Health Organization (WHO) and other stakeholders working on TB control and elimination in Nigeria.

TB is a disease caused by the bacteria Mycobacterium tuberculosis, which mainly affects the lungs, but can be present in other areas of the body. Multidrug-resistant tuberculosis (MDR-TB) is when the TB bacteria fails to respond to a combination of two of the four main antibiotics (first line anti-TB drugs), rifampicin and isoniazid. Patients usually acquire drug resistant disease either as a result of spread of a drug resistant strain from another person or as a result of ineffective or incomplete treatment.

Extensively drug-resistant tuberculosis (XDR-TB) is a form of TB that is resistant to at least four of the main anti-TB drugs (rifampicin, isoniazid, fluoroquinolones and second-line injectable agents).

Drug resistant TB remains a public health crisis. About half a million people fall ill with drug resistant TB annually, and about 214000 people die each year, according to WHO estimates. MDR-TB is a major driver of antimicrobial resistance worldwide and threatens hard-earned gains made in the global TB response over the past two decades.

Accelerating diagnosis and treatment of MDR-TB are key components of WHO’s End TB Strategy and a key target in the political declaration of the Untied National High Level Meeting on TB.

Yet, significant challenges remain in enabling access to diagnosis and care with only one in three affected people currently being detected globally, and just over half being treated successfully.

Appropriate treatment of drug-susceptible and drug-resistant TB, according to WHO, should be available and accessible to all who need it in line with WHO’s quest to achieve universal health coverage, and to avert deaths from a preventable, treatable and curable disease.

For instance, some countries are now using a shorter all-oral regimen which is transformational by reducing patients’ suffering drastically, Nigeria still does not have a comprehensive access strategy. One wonders how far the country would go in making universally available an all-oral antitubercular regimen that can reduce the span of the treatment in TB.

The WHO said that an MDR-TB regimen is typically composed of at least four second-line drugs considered to be effective (based on drug susceptibility testing): a fluoroquinolone (preferably later-generation) and three other antibiotics in line with its current guidelines, giving preference to oral regimens.

“Currently adults (aged 18-65 years) can have Bedaquiline, the new treatment

Bedaquiline is a type of antibiotic that is used to treat MDR-TB. Antibiotics are medicines that kill bacteria that cause disease. It must always be taken together with other medicines for treating tuberculosis.

“The combination of drugs is called a regimen. Bedaquiline has been shown to reduce the time to culture conversion which is when samples taken from a patient with tuberculosis do not grow the bacteria that causes tuberculosis in a laboratory. This is an indication of effective treatment for tuberculosis and that the patient is recovering from tuberculosis.

“Delamanid is another antibiotic for the treatment of tuberculosis caused by bacteria that are not killed by the most commonly used antibiotics to treat tuberculosis. It also needs to be given in combination with other drugs to treat MDR-TB and has also been shown to reduce the time to culture conversion in adults with MDR-TB,” WHO explained.

According to the Country Director, KNCV Tuberculosis Foundation Nigeria, Dr Bethrand Odume, MDR-TB is a public health crisis and a global health security risk carrying grave consequences for those affected.

Odume said that with the development of the first new anti-TB drugs (i.e. bedaquiline, delamanid and pretomanid) for many decades and the re-purposing of existing drugs to treat DR-TB patients (e.g. clofazimine, fluoroquinolones and linezolid), Nigeria is now moving into the era when patients can be offered shorter and all-oral treatment regimens for DR-TB, with fewer drugs.

He said WHO is now recommending the use of oral, shorter treatment regimens, possibly only six to nine months duration, for various forms of DR-TB, noting this is a huge step forward for patients.

Odume added that shorter regimen would improve compliance as it reduces duration by almost half, cost by one-third and number of adverse events which ultimately would lead to improvement in treatment success rate.

“Decision-makers of especially high TB burden countries like Nigeria, need to make use of new opportunities by adapting WHO-recommended shorter MDR-TB regimen to fulfil the goal of end TB strategy by 2030 or earlier as envisaged in sustainable development goal 3.31,” he noted.

The Director and National Coordinator, NTBLCP, Dr Chukwuma Anyaike, said the WHO endorsed the use of BPaL under operational research conditions for the treatment of XDR-TB, fluoroquinolone-resistant, and treatment failure/treatment intolerant TB.

“The United States Food and Drug Administration, and European Medicines Agency approved pretomanid as part of the BPaL regimen. Implementation of the BPaL regimen would entail essential changes in clinical and programmatic TB management.

“The reduction of treatment duration from 20 months to six months would entail a potentially significant improvement of patient’s comfort and retention. Especially, DR-TB treatment is associated with severe side effects and financial constraints for patients as a result of treatment costs and loss of work.

“It may also reduce the financial burden on the healthcare system as less resources may be required for the treatment itself, health monitoring during treatment and human resource capacity,” he explained.

Anyaike said that the implementation of the novel regimen may also entail adjusted patient follow-up and health monitoring during treatment and consequent changes in infrastructure and human resource capacity, adding that it may also require a reorganization of established procurement and supply chain mechanisms.

The Coordinator stressed to ensure rapid adoption after the regimen is endorsed by the National Agency for Food and Drug Administration and Control (NAFDAC), evidence would also be needed on health care system readiness, barriers and requirements among those implementing the intervention across the country.

Also speaking, Dr Gabriel Adakole, a Public Health expert, said that the goals of TB treatment in Nigeria should include eradication of infection, preventing transmission, preventing relapse of disease, and preventing the development of drug resistance.

Adakole noted that management consists of a patient-centered approach in which the patient, provider, public health, and laboratory enter into a relationship that assures that the goals of treatment are met. 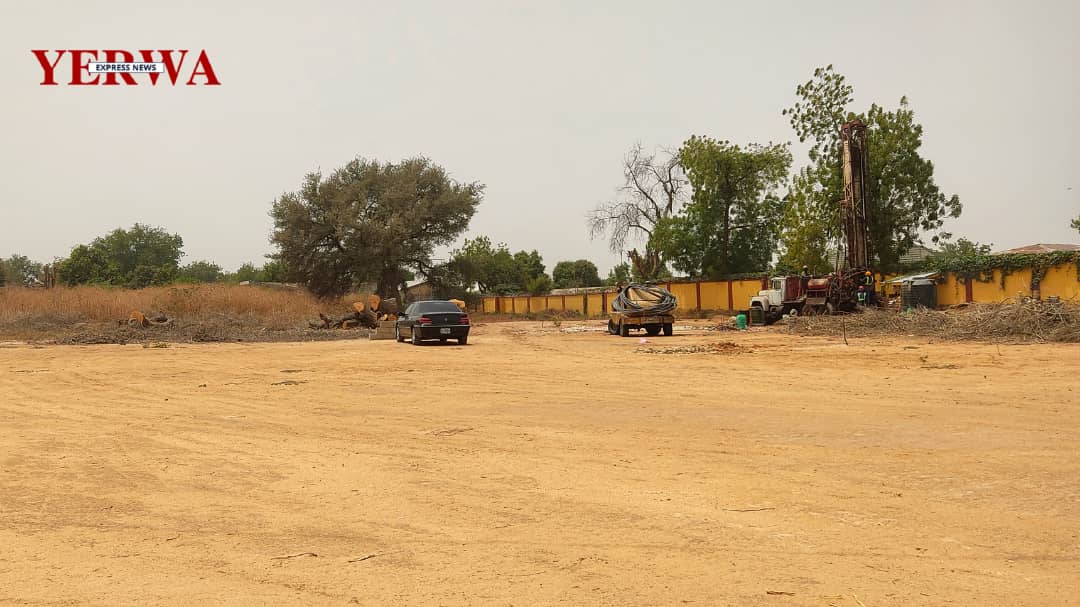 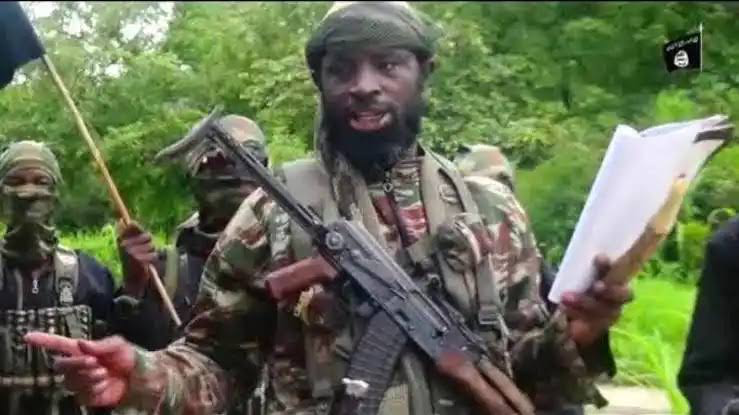 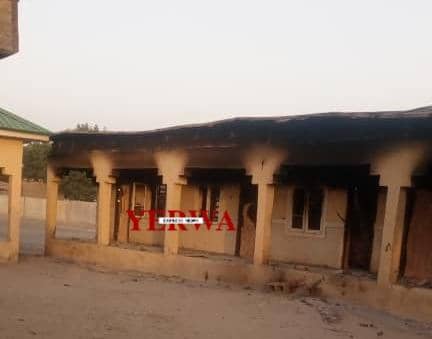