From 7 to 70: Why are they not talking about this? by Femi Adesina 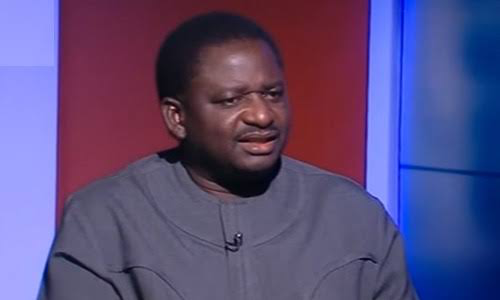 Last week on this platform, focus was on the fact that adversaries of the Muhammadu Buhari administration were hiding behind the smokescreen of insecurity to vent their spleen.

We stressed that security was everything, and noted that while robustly confronting the monster of insecurity, President Buhari was equally taking giant strides on many other fronts, which the caterwauling crowd deliberately ignores.

Today, let’s dwell on something they have deliberately refused to see, hear, and chose not to talk about. But whether they see it or not, talk about it or ignore, it is there, as conspicuous as a tiger in a tea shop.

A fortnight ago, members of the Fertilizers Producers and Suppliers Association of Nigeria (FEPSAN) visited the President at State House, Abuja. And among others, this information came out from Mr Thomas Etuh, President of the body:

“Mr President, before you created the Presidential Fertilizer Initiative in 2016, Nigeria’s fertilizer production base was almost zero. We had less than 7 companies producing at 100% of their installed capacity. Nigeria’s Urea output was reported at less than 300,000 tons.

“Today, Nigeria can boast of having some 70 NPK blending plants. 95% of this investment is from the private sector. This is a clear sign of the confidence investors have in Mr President’s policies and programs.”

From 7 to 70 blending plants just under Buhari! But why are they not talking about it? Because it doesn’t fit into the narrative they want Nigerians to buy and imbibe. The country is broken under Buhari. It is divided. He has made a poor job of leading the country. That is what the poor salesmen sell.

I hear! When you hate a baby, you claim that the midwife that begat him is a witch. What has that got to do with the innocent tot? Their snouts have been yanked from the honeypot, so they are throwing tantrums. Politicians, so-called civil rights activists, priests, talk show hosts, and many others. All they want is to have the illicit bread back. So they must create the impression that Buhari did nothing.

From 7 to 70. Why are they not talking about it? No, it doesn’t serve their interests, so they would pretend it didn’t happen.

The FEPSAN boss had many other things to say:

“In the past 2 months alone, you officially commissioned the Barbados NPK blending plant in Kaduna and the Dangote Urea plant in Lagos. ..Such an honour in a very short period clearly shows the love you have for us and your desire for FEPSAN to succeed. For many of us, we still cannot believe that a President would honour the invitation of not one, but two of our members within a short period of time. It is such open support that encourages our members to continue investing.”

But they said Nigeria was broken, and that the only thing happening was insecurity. How then did the 63 new blending plants spring up? If the investors didn’t believe in the country, would they invest such humongous resources? Would you put several millions of naira in a polity that could go up in smoke at the next minute? No, you wouldn’t. So, the fact that investors continue to put their funds here belie their narrative that Nigeria was broken, and nothing was working. They lie through their teeth just because of the lust for power, and filthy lucre. They pine and hanker after those days that you did nothing, and government just brought bags of money to you at home. Buhari wouldn’t do that, so they must badmouth him, paint him black, and run him out of town, if possible.

From 7 to 70 fertilizer blending plants in 7 years. Why are they not talking about it? No, they wouldn’t, because they want a return of those days when the country earns billions of dollars from oil, and it is used to oil their pockets. The rich get richer, and the poor gets prison. The new order pains them like mad.

Hear how Etuh described what used to happen in the country: “The low base reflects the adverse impact of historical Government policies that promoted the dumping of all sorts of imported fertilizer blends in Nigeria. Our farmers were forced to use imported fertilizers which in most cases are not compatible with the nutritional needs of our land.

“All this is now past. By the special grace of God...Nigerian farmers will never go back to those dark days.”

A resounding amen, somebody! Whether they acknowledge the good things going on or not, this country won’t return to the rent seeking era, where you sit idly, and because you are a priest, critic, social activist, media personality, politician, or what, they just bring loads of cash to your house to curry favor. Buhari hasn’t done it, he won’t do it, and we shouldn’t do it as a country.

From 7 blending plants to 70 under Buhari. Why are they not talking about it? It doesn’t favor their selfish intentions. It is said that in over 12 years, Nigeria has seen its highest consumption of fertilizers at 1.8 million tons per annum in 2021. But does it interest them? Never! They don’t care, and can’t be bothered.

“Today, many nations who rely on fertilizer imports are facing acute shortages as a result of the events in Eastern Europe. However, Nigeria remains one of the few countries in Africa and indeed the world, where fertilizer availability is not an issue,” Thomas Etuh said.

Truly, President Buhari is a man who saw tomorrow. He focused on agriculture, funded it massively, encouraged people to go back to the land, and we have a lot to be thankful for today.

In the wake of COVID-19 and the attendant global lockdown and food supply challenges, how would 200 million people have survived, if we were not producing what we eat locally, as encouraged by the President? But they won’t talk about it, because it doesn’t fit into their narrative. They only allege that the country is broken, divided, not recognizing that they were the very people breaking and dividing it with their mouths.

Central Bank Governor, Godwin Emefiele, disclosed at the FEPSAN meeting with the President that cumulatively, a total of N114.09 billion has been disbursed to support the fertilizer industry in the last five years. The interventions are long-term loans at concessionary interest rates. That’s what you call putting your money where your mouth is. In the past, such funds would have ended in the pockets of government officials, and in those of some priests, critics, and other jobbers. From 7 to 70 blending plants under Buhari. That’s why they are not talking about it.

Hear this information that came as I was concluding this piece. According to acting Comptroller of the Federal Fire Service, Dr Karebo Samson, in 2015, when Buhari came to office, there were only 3 functioning fire trucks in the country, two in Lagos, one in Abuja. But today, there are 189 brand new fire trucks in the Service, apart from new ambulances, water tankers, etc. Why are they not talking about it? It doesn’t serve their interest in portraying Nigeria as broken and divided.

They live their lives perpetually on the complaint counter. But with the realization of the progress being made by patriotic Nigerians, they will be soused and marooned in that inglorious place for a long time to come. The people are not ready to return to the dark past, whether those tiny but vocal minority talk about the good things happening or not. Forward we move. 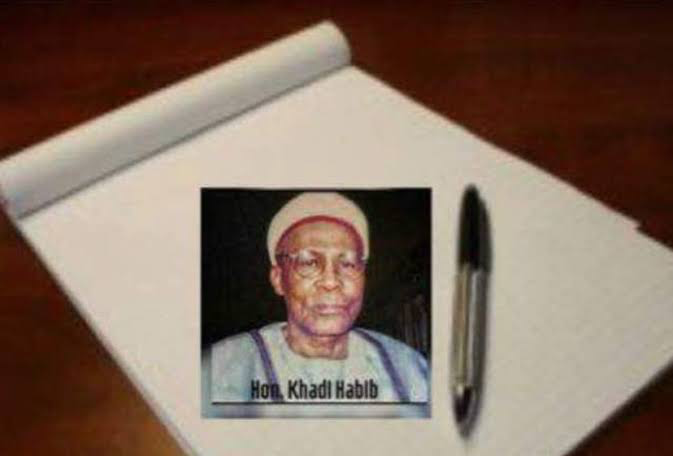 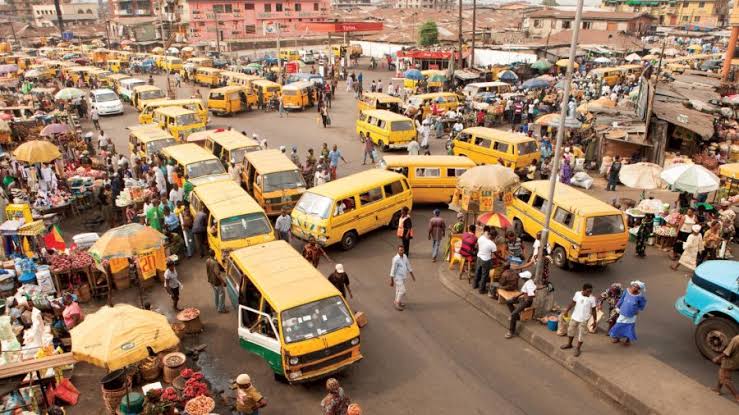 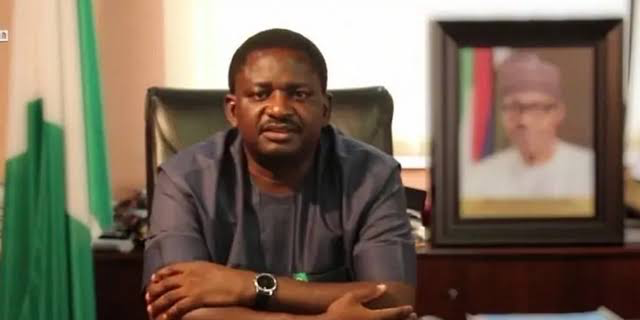 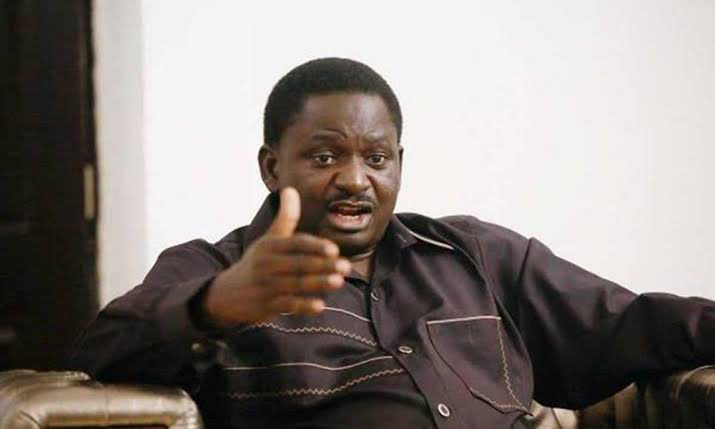 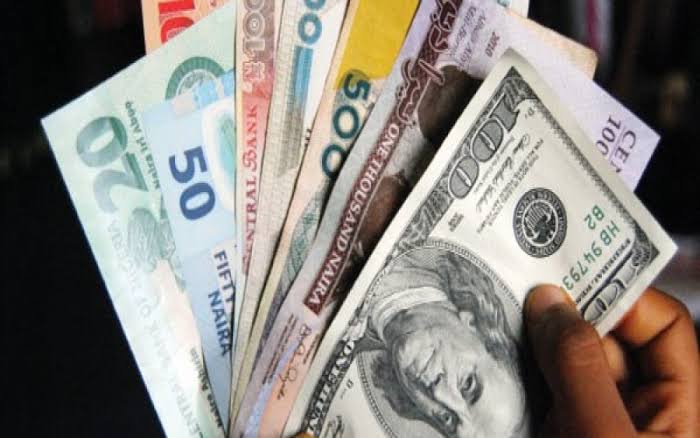