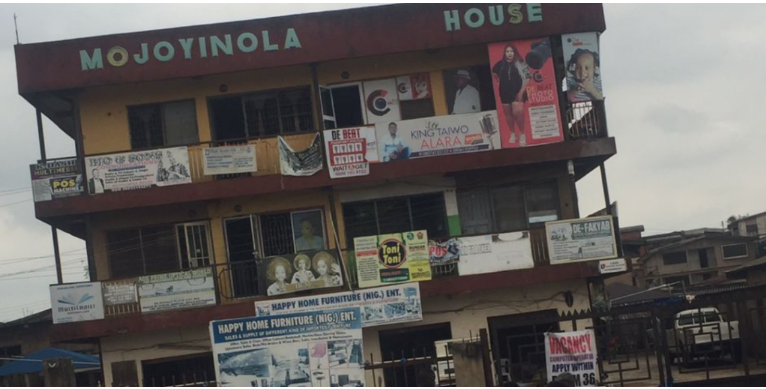 Review of data from Oyo State open contracting portal reveals a now familiar trend of contract irregularities as the state again awarded contracts worth N694 million to persons closely linked to the governor. The Seyi Makinde-led Oyo state government has been linked to several contract irregularities and the “friends and family” pattern of awarding contracts has seen the state award a total of N1.2 billion between 2019 and 2021 to a recurring name, Oriyomi Hamzat and cronies.

In earlier investigations published by Dataphyte, the Oyo state government violated its Procurement law in the award of contracts worth N998 million. The two-part report also established that the sitting governor of the state, Seyi Makinde may have abused privileges of his office, as contract beneficiaries were linked to him, raising issues of conflict of interest.

A review of the Open contracting portal of the state has revealed yet another abuse of the contracting process by the state in the award of contract for notebook production worth N694 million in 2021.

Thirteen of Fourteen Contracts Awarded to Company Owned by, Linked to Oriyomi Hamzat

Fresh investigations show that on the 23rd of December 2021, the Oyo state government awarded fourteen different contract lots for the production of the now famous notebooks. The contract amount per lot ranged between fifty-million naira to sixty-two million naira.

The notebooks are meant for students of public secondary schools in the state.

Landgard investment, which won one of the contract lots, is the only company in this round of awards not linked to Oriyomi Hamzat, the remaining 13 slots were awarded to the same seven companies that have been linked to Hamzat and the governor in previous investigations.

Previous reports have shown that two of the companies, JEDA Global Ventures and Insider Multipurpose Ventures, were registered with the Corporate Affairs Commission on the same day and all of these companies are owned by or linked to the same person, Oriyomi Hamzat.

These companies are neither printing businesses and at least three have no known location.

For instance, Sure Etiquette Media Plus Limited does not offer printing as a service and the company is not at its listed address on the CAC portal, Suite 27, Mojoyinola House at Kajola Monatan, Iwo Road. Instead, the company is located at Salinsile, same address listed on the CAC as that of JEDA, SEWA Int’l ventures and Insider Multipurpose.

The listed address for JEDA Global Ventures, Insider Multipurpose Ventures and SEWA INT’L Ventures at 2nd Floor Salinsile building, Kajola bus stop, Montana, Iwo Road also appears to be wrong as the office does not exist at the stated address. The address is actually occupied by a Solar power installation company. Of the four companies with the same address, only Sure Etiquette Media plus has its office at Salinsile.

The implication of this is that three of the companies who won contract awards do not appear to have a known physical address and so fit the description of shell companies, that is companies that only exist on paper.

This raises questions on the Oyo state public procurement law which emphasises the need to know the address of the bidder in Section 39, what is the verification process for bidding companies? .

It would also mean that between 2019 and 2021, the state government abused its own laws to award contracts worth N1.294 billion to companies owned by and linked to Oriyomi Hamzat. The dates are broken down below.

Aside from the issues of beneficial ownership and shell companies, the contracts also appear to be inflated. The retail price of a sixty-leaf notebook in the open market in Ibadan is N150, which already factored in the cost of production, logistics and profit, while the Oyo State notebooks were priced at N280.

The production cost of the sixty leaves government issued notebook at the N280 quoted price is N130 higher than the market cost of a similar notebook. Given the state of revenue in the country across both federal and state governments and the clear need for austerity measures, the Oyo State government could have saved N368.375 million on the 2,833,654 notebooks meant to be produced in the December 2021 contract, if the contractors had produced the notebooks at N150 without the friends and family tax that took up the cost to N280.

In April, printing presses in Ibadan and Abuja(Nigeria’s capital) put the figure of printing customised sixty notebooks at between N158-230 per copy for a hundred thousand copies, with the value to reduce drastically if more sixty leaves notebooks are printed. The government printed about N200,000 copies, meaning the cost will be reduced.

Even if the government had decided to print a copy at the maximum of N230, it would have saved N141.682 million.

In awarding contracts to these companies, the state government breached Section 22 8(g) of the Oyo state procurement provisions and these issues raise questions on accountability, equity and probity in public procurement of Oyo state.

Section 22(1) of the Public Procurement Act encourages competitive bidding and states a condition for bidding as; “by open competitive bidding; in a manner which is transparent, timely and equitable for ensuring accountability and conformity with this Law and regulations” .

As described in previous investigations, the entire procurement process also breaches the Oyo state public procurement laws in the award of contracts to companies that have subordinate relationships with each other.

Oyo state’s own Public Procurement act, 2010, page 68, Section 22 (8g) states that a certificate of no objection may not be issued for award of contracts if;

Except, there is evidence of the declaration of these conflicts that justify the issuance of certificates of no objection despite these gaping conflicts, the state is again culpable.

The fact that the governor appoints members of the Oyo State Public Procurement Council and the Special Adviser to the governor on Due Process is by law expected to be the head and chief executive officer of the Council raises major concerns of conflict of interest.

The consistent findings of corruption in the contract award process also questions the stance on promoting accountability usually credited to governor Seyi Makinde.

When contacted, the Spokesperson to governor Seyi Makinde, Taiwo Adisa, noted that he could not comment on the development ‘because files on due process do not get to his table’, he however asked our reporter to send the questions via whatsapp, and said he will reach those who can react to the development.

When contacted days after, he stated that he sent the enquiries to the appropriate quarters meant to reply but the answer he got was that the Commissioner for Information already addressed any issue that has to do with notebooks production, this is despite the fact that the request for new comments noted explicitly that the award was done on December 23, 2021, outside the period of the earlier report the commissioner commented on.

A call was put through to the Oyo State education commissioner, who said he was in a meeting. Questions were then sent to him via whatsapp afterwards to which he failed to respond.

Attempts to reach Oriyomi Hamzat proved abortive as he did not respond to phone calls nor did he return any of the messages sent to him seeking clarifications.

The state’s Bureau of Public Procurement official phone contact was reached, however, the personnel who spoke with Dataphyte declined comments noting that he wasn’t authorised to comment on the development.

The Executive Director of HEDA, Olanrewaju Suraj, told Dataphyte that it is a danger to accountability and transparency when contracts are awarded arbitrarily.

He noted that it is important for more efforts to be put at the sub-national level to unravel rots. Olanrewaju further stated that if checked further, it will be seen that many states in the country are guilty of the same violations as Oyo state, awarding contracts to their friends, families and cronies, in flagrant abuse of the law.

He urged anti corruption agencies to step up in ensuring that those who awarded such contracts and who won the contracts are brought to justice. In the instance of company address on CAC not matching physical verification, he noted that if a company’s physical address cannot be verified or such company lied about its office address, coupled with violation of procurement laws, then winning contracts may be tantamount to money laundering.

While pledging HEDA’s commitment to tackling issues like Oyo state’s contract violations to logical conclusion, banking on investigations such as has been done by Dataphyte, he urged Civil Society Organisations to support the quest for accountability especially at the sub-national level.

Speaking also on the development, the deputy Director of SERAP, Kolawole Oluwadare, noted that there are clear procedures to awarding contracts and contravening such provisions should not be done. He noted that in the instance of Oyo state, it is key that anti-corruption agencies step up in investigating such anomalies while bringing those responsible to book. According to him, monies expended on such procurement ought to be recovered.

He further warned that not tackling this kind of issue will be injustice and also a dent on good governance, and citizens bear the brunt of these indiscretions. 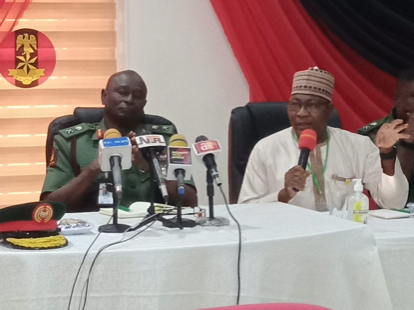 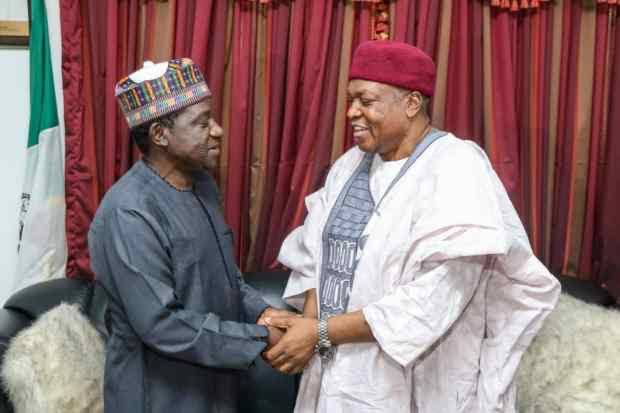 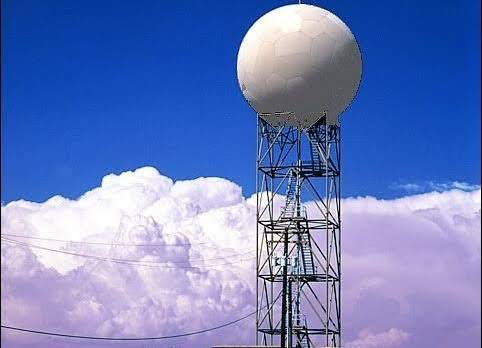 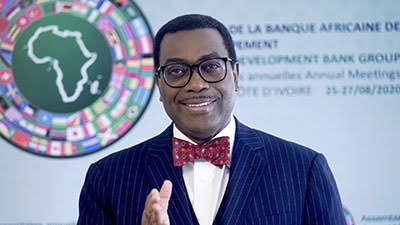