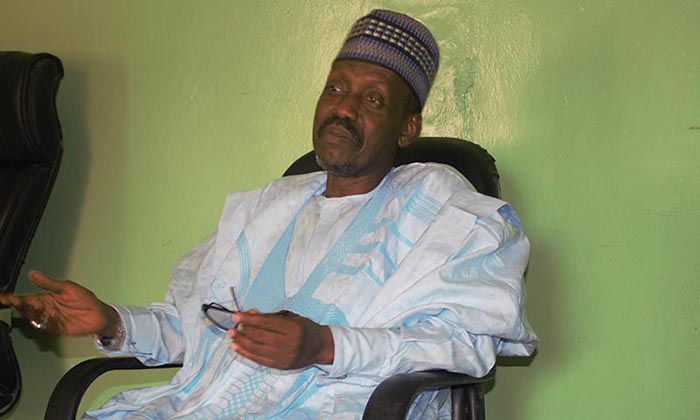 Our correspondent meets new Zannah Ngamzaima of Borno, new FNSE and new FNIEEE, Engr. Kabiru Mohammed Wanori, as he features in our maiden edition’s ‘personality of the week’ interview ...gives intriguing, revealing and ‘unusual’ story of struggles, ...reveals why he ‘saves’, ‘looks’ for money and much more

YEN: Who is Kabiru Mohammed Wanori?

Zannah Ngamzaima: Thank you very much. As you rightly said, my name is Kabiru Mohammed Wanori. I was born on the 10th of August, 1964 into the family of Alh. Tijjani Wanori, a renowned agriculturalist and the second local government chairman of Konduga in the Second Republic. I was born in Limanti ward, Maiduguri. I had my primary education at Gomboru Primary School. In 1983, I graduated from Bama Science Secondary and in the same year, joined the University of Maiduguri where I studied Electrical Engineering.

I started working with ABG Communications after my graduation, first as a corps member and eventually after it I was retained as the first area manager of the former North Eastern state. In 1994, I was elevated to the position of zonal manager of the northern region and a year after, I resigned from the work to join active politics. I contested twice for the post of Konduga local government chairman on the platforms of SDP and PDP respectfully, but I was not so lucky on both occasions. However, I have been successful throughout my professional and political career.

YEN: In the last 40days, you have rightly become the ‘man of the moment’; you have made three outstanding achievements. You were conferred with the Fellowship of Nigerian Society of Engineers; you were appointed the Zannah Ngamzaima of Borno and received an award from ABU branch of Borno State students. How do you feel?

Zannah Ngamzaima: Most of these achievements honestly took me by surprise, especially the one from the traditional institution because I can’t remember doing anything to have merited it. As for my professional achievement, which, as you know, has certain criteria one has to meet, I really feel fulfilled after putting in so much. First, you have to obviously be an engineer and second, be in practice for at least 20 years. Third, within this period, you will be subjected to series of assessments and examinations as COREN member. Your projects and works right from the onset will be put to critical and thorough professional scrutiny.

One has to satisfactorily meet these criteria before one is conferred with the Fellowship of Nigerian Society of Engineers, which obviously is the highest level one can go in the Engineering profession. It is as a general is to the military or SAN to legal profession...

As for the other achievements, I can only surmise. It is my belief that, they have come as a result of my little contribution to humanitarian services. To be honest with you, all my life, all my adventures and struggles are basically about it. There’s hardly anything that gives me as much joy as this.

For instance, if I have N10 today, and if I can be able to spend N9 out of it on humanitarian services or the needy, I will feel very happy much fulfilled. Let me tell you the truth, this is the reason and basis of every bit of my struggles in life. So, honestly I thank Almighty Allah for blessing me with the ability to give my best to this cause.

YEN: What were the professional works which you feel, warranted your conferment of the fellowship?

Zannah Ngamzaima: I think they started the assessment since after my university graduation, taking into account all my works within this period. As I have mentioned earlier, I am the first area manager of ABG Communications in the former North Eastern State. ABG is into communication satellites and installations. While there, I was the first to have introduced satellite services and communications into what is today North East. I have made a number of installations across the region, in Borno, Yobe and Adamawa. Most pioneer installations across these states in major institutions like government houses, hotels, schools and so on were my work.

As I noted above, the professional body is not only interested in one’s works, but their quality too. And one thing I have kept as my watchword all the way has been: quality. It is not in me to compromise quality and I also keep to international best practices. If you go to Borno state government house today, you will see my installations which I did as far back as 1999 and to date, they are in good state, from the radio communications, to the network and so forth.

In the University of Maiduguri Teaching Hospital, the security operating systems, communications and most satellite services are my works. I have installed a lot of solar system across the state. I have also done installations in banks, like Unity Bank, UBA, etc. In fact, my professional works and outreach has gone as far as to Adamawa, Bauchi, Shagamu in Ebonyi state and etc.

YEN: I learn that you own a company, Skynet Network which is reputed to have done a lot of works; do you consider it one of your achievements?

Zannah Ngamzaima: Yes of course, most of the services were done under the company especially the IT works we did in banks. We actually have two organisations, Sky Net and Info Dynamics, where I am the co-partner and the chairman of the board.

I also installed three hundred solar systems lightening across Maiduguri, in selected areas like 505, Teacher’s Village, IDP camps and the rest. And I thank God the systems are still working right now. YEN: Basically you have three distinct careers: Engineering profession, humanitarian services, then into politics. Now, what inspired you to join politics? Zannah Ngamzaima: Actually I never dreamt of working as a civil servant right from the onset. My intension at first was to get little experience of the civil service so as to prepare myself. As an engineer, my interest is in pursuing my professional career to the utmost. But then, I also have so much passion for serving humanity particularly in active humanitarian services in areas such as we have in internal displacement today, though, I did not foresee a day like this when I ventured into politics. So it is simple: since I have deep passion for serving humanity, I was looking for a big way of doing that and therefore I was ready for anything. It was my belief that in politics I will have greater ways and opportunities of serving the people. It was sincerely this belief that guided my conviction to join politics in 1995.

And of course, I have achieved and done quite a lot. Let me give you an instance. While in politics, I was appointed council member of Federal University of Technology Yola, FUTY in 2004. In that capacity I worked tirelessly to influence the appointment of Professor Abdullahi Ribadu as the Vice Chancellor because of his firm belief in the cause of serving humanity. We knew he was going to impact positively on the lives of the people.

YEN: People believe that you play politics in the shadows. So by active politics, are you willing to contest in an election in the nearest future? Zannah Ngamzaima: I think you are not wrong but I believe in destiny. If that can be an opportunity to serve my people, why not? I will be very happy.

YEN: So simply, you are ready for anything in the future?

YEN: Let’s come to your traditional title, how do you feel about it?

Zannah Ngamzaima: I am very happy and never felt as grateful as I was when the news reached me. It is a position I have never looked for. For reasons best known to the emirate council, and for which I am grateful, I was identified to take up the responsibilities of the office. So, actually I think, I am the happiest person right now. This has duly stimulated and encouraged me to do more.

YEN: So it came to you as a surprise? Zannah Ngamzaima: Yes, it is a surprise especially that it coincided with my conferment of the Fellowship of Nigerian Society of Engineers. The message came to me the same night the conferment was going on and when it did, I was honestly speechless. YEN: What is the title about? What is the work of the office?

Zanna Ngamzaima: The office is simply responsible for administering the prisons.

YEN: So, what is the balance between what you do, professionally, politically, even also on the humanitarian front and the post, the office?

Zannah Ngamzaima: I want you to know that I don’t know the yardstick used by the Emirate Council to arrive at me. Like I have said, I prefer to identified, career-wise, as a humanitarian than any of the things I do. In essence, I engage in other things—I mean every other thing—only to afford myself enough resources, information and opportunities to invest in the cause. But you should also know that prison service is also part of humanitarian service. This may have been the reason I was appointed and whatever it may have been, I cannot be more grateful. His Eminence, the Shehu of Borno has added more responsibilities in the line for me possibly because of my contributions to the society and he still wants me to do more. In any case, this is a morale-boost for me and I am very determined about it. So by adding this, His Eminence has done justice, as is always typical of him.

YEN: ‘Humanitarian Engineer’, are you ready for the traditional life? I mean are you ready to add this to your professional, humanitarian and political career? Ngamzaima of Borno: The hardest of all these is politics, so if I can contain and manage all the hardships, the frustrations and then the intricacies involved, I see no reason why I cannot be able to cope with the other ones. So, I am confident, in sha Allah. 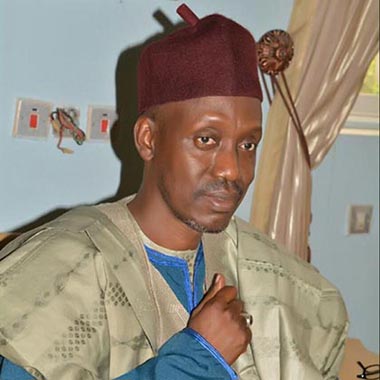 YEN: This is the first edition of Yerwa Express News and we are featuring you in the maiden ‘personality of the moment’, what message will you have for our readers?

Zannah Ngamzaima: Firstly, I want to congratulate you for this giant stride! I am particularly happy with the choice of name, Yerwa Express News, and I hope and believe that with Abdulhamid Al-Gazali as the editor-in-chief, Ibrahim Uba Yusuf and the rest on the board I expect nothing other than the best. It is heading towards successes God willing. And this will really be a channel for a better Borno and the nation at large. And lastly I want to advise you to keep the tempo and also don’t be too overzealous.

YEN: Thank you very much for your time, and I am sure our readers will be very grateful. Thank you. 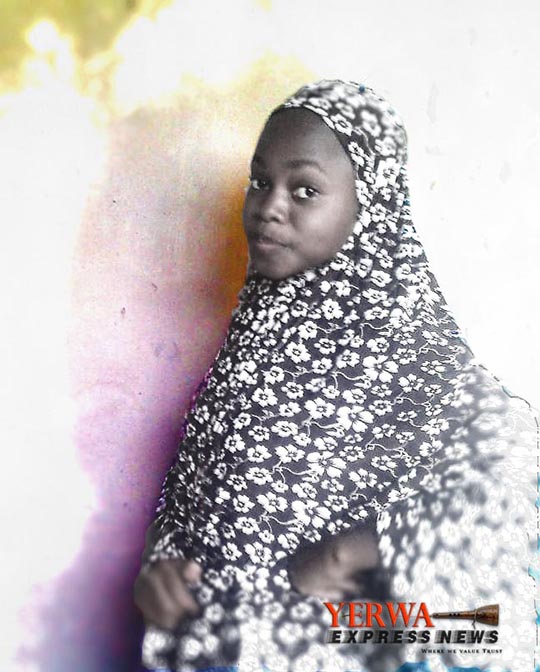 ‘By trying often, a monkey learns how to jump from tree to tree without falling’ – a teenage writer, Safiya says 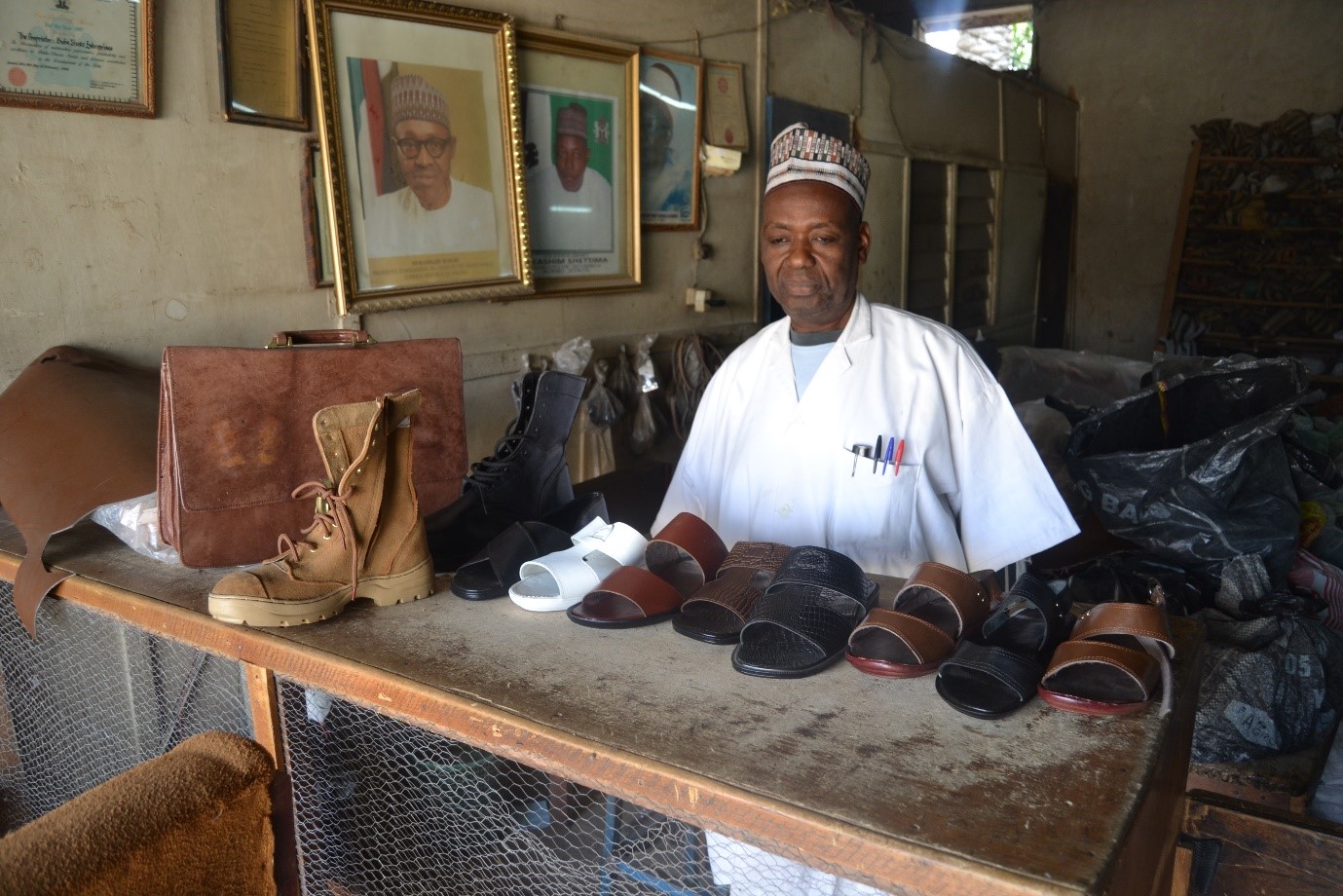